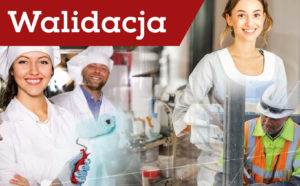 In January 2019, statistics Iceland introduced for the first time a detailed review on the social wellbeing of immigrants in Iceland (Statistics Iceland, 2019). Immigrants in Iceland are 12,6% of the total population in Iceland compared to in 1996, when it was approx. 1%. The report shows that immigrants have good access to the labour market and the employment rate. They are generally members of workers unions and encounter similar environmental quality and safety in their neighbourhood as Icelanders. However, immigrants face more obstacles when it comes to educational opportunities in Iceland and they are more likely to experience job mismatch. They more often experience poorer living conditions and have somewhat worse financial means than the local population. Statics show that immigrants from the age 16-25 years are less likely to enter the upper secondary school system and dropout rates are higher. Adult immigrants entering into the Icelandic school system is near non, compared to locals.

Validation of prior learning towards curricula in Vocational education in Iceland is a common practice in many educational programs. Access and participation of immigrants into the Validation of prior learning (VPL) programs is near non-existing. This might explain the difficulties that have been experienced in the VISKA project, in reaching potential participants in the Icelandic Polish community.

Iceland’s aim in VISKA is to reach 50 participants

The VISKA trials in Iceland started in late October 2018. Recruiting participants has been a challenge despite increasing numbers of immigrants. Little was known about their awareness of validation services other than they had not been seeking this service. This leads to the assumption that immigrants do not have the same access to validation services as locals.

So far in the VISKA trials, IÐAN education training centre has tested tools and methods using the 4-step validation process, as can be seen in figure 1 above. The testing is towards the national curricula and occupational standards. MSS life long training centre has in cooperation with PES have tested tools and methods using the VPL process towards transversal skills. In addition, IÐAN and ETSC is testing a European Skills profiling tool developed by the EU.

DATA collection is well on its way. DATA Collection is conducted at IÐAN and MSS, organised by the Educational Research Institute – University of Iceland under instruction from CIT – Cork Institute of Technology. So far data has been collected by the counsellor through an online questionnaire with the participants during the field trial. Two focus group sessions have been held, one with the National advisory group and stakeholders and one with the frontline staff. Preliminary findings so far, show that the National advisory group and stakeholder are very much aware of VISKA and it potential. Adapting tools and developing tools has mainly been influenced by accessors, interpreters and translators. Other frontline staff such as assessors point out that the level of skills and competences of the participants is equal to locals. The additional training module is rated high and is seen as a necessity for all frontline staff working with immigrants. Raising awareness of VPL towards the target group has been a struggle. So far validation in the context of Validation of prior learning did not make sense to the target group and had there for limited usefulness as a “selling” point. This in turn has put a strain on all communication. Access to the upper secondary school has also been greatly discussed with in the VISKA team, target group and others that are associated with the project. Limited access and high dropout rate of immigrants in the upper secondary school system is of concern for the success of VPL for immigrants.

Best wishes from The VISKA team in Iceland

Great to have been involved in this webinar today and to share the key learning from the @viskaproject and practice in @MTU_ie such a relevant topic given global realities. #yourlearningcounts @extendedcampus @andrinaeuropa https://twitter.com/RPL_Irl/status/1602688470400602113

Thanks to @DeeGoggin in @MTU_ie who outlined the powerful impact that #RPL has had in the university, empowering learners and facilitating a culture of flexibility and support
#RPLForNewcomers #YourLearningCounts
http://www.thea.ie/newcomers

📣 You still have a chance to join us on 25 January during the #LearningPlanetFestival to talk about #funding and #sustainability from a #lifelonglearning approach!