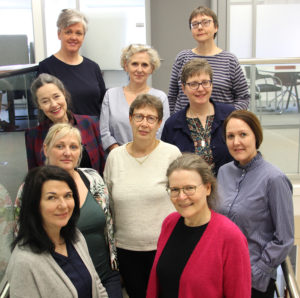 The fifth VISKA progress meeting of the Transnational steering group was held in Oslo from the 27th until the 28th of March. Representatives of all partner countries came together in the offices of Skills Norway to discuss the project progress. A representative from EACEA, a representative from Skills Norway and our external evaluator also took part in the meeting.
On the agenda were an update and presentation of all partners on the local field trials, an update from the research partner regarding the interim report which will be published on the VISKA-website by the end of June and preparing the final conference on 12th of February 2020 in Brussels.

During the meeting in Oslo, partners gave a brief presentation on the progress of their field trials and their preliminary results.

In all partner countries VPL-procedures were set up for the target group of migrants and refugees (Iceland and Norway) and low qualified adults (Belgium/ Flanders). Each partner had his own approach but made sure that the data collected would be comparable so policy advice can be given not only at a national level but also at a European level.

The field trials are going well in each partner country. Each partner has written an update on their field trials, which are published here on the VISKA-website under ‘News’.

An update from the research partner regarding the interim report

The deadline for sending the data collection from each partner for the interim report was at the end of February. CIT gave an update and is finalising the interim report. This report will be published on the VISKA website (deliverable 5.1) by the end of June after thorough review of the partners. So keep an eye on the website !

During the meeting in Oslo the partners discussed the content of the final report based on an initial draft outline from CIT. The partners agreed that the target groups are the policy developers and VPL-professionals. The national field trials will be presented as national cases and the five interventions must be commented as suggested before. This should result in summing up similarities and differences which could be interesting for and might inspire readers. The outcome of the report are policy recommendations, regionally, nationally and internationally.

The representative from EACEA

From the EACEA Tamara Proca, participated for two days in the meeting. She commented that the project has progressed in a positive way and will be able to give comparable data. Not all starting points are the same, not all trials are the same and not all the conclusions will be the same for every partner, but the VISKA project will be able to report on common issues. Experiences from individuals will give basis for changes in policy, supported by each National Advisory Group (NAG). She wishes the VISKA team good luck with the continuation of the project.

The final conference will be held in Brussels on the 12th of February 2020. Make sure you mark the date !

DET is responsible for the practical arrangement of the conference. During the Oslo meeting a first outline set up by DET was discussed. In preparing the content of the final conference the partners will hold virtual meetings when necessary. The content of the National seminars were also discussed to make sure that there will be a common format. The partners agreed it will be a half day seminar.

The partners will convene again for the last time on the 11th of February 2020 in Brussels, Belgium. 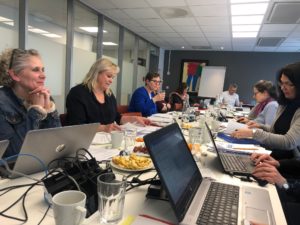 💻If you missed today's #EPALECommunityConference session on #Skills Revolution you can rewatch it here:
#ImagineEPALE
https://epale.ec.europa.eu/en/blog/skills-revolution-epale-community-conference-2022